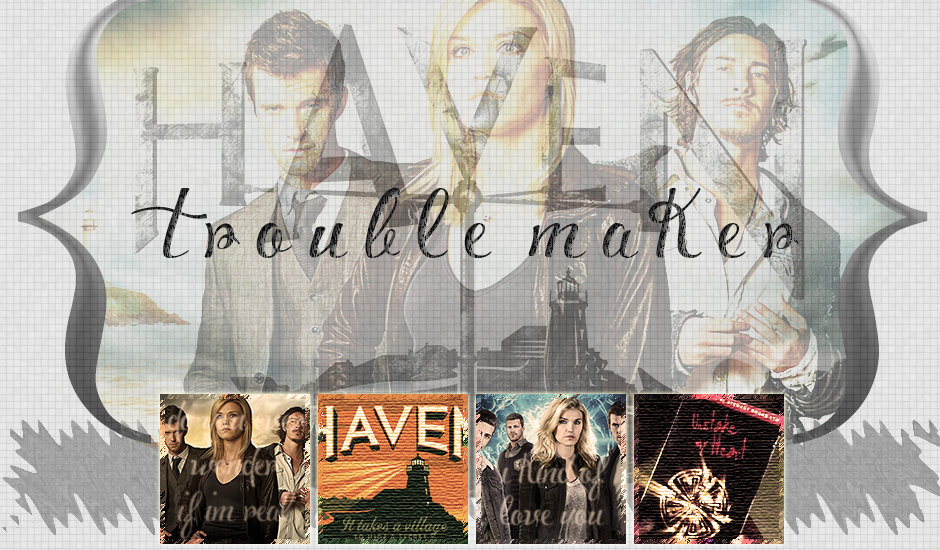 Haven is a series shown on the SyFy network that began airing in 2010. The show is about to begin its 6th season, and has massive support in the #SaveHaven campaign to keep this show on the air.

This show is based on Stephen King's Colorado Kid, and although the book is short, it took the general idea of how some impossible event occurred and built it up into a complex history of a town hidden in secrets from outsiders.

The main character Audrey Parker, portrayed by Emily Rose, is an FBI agent who arrives in Haven, Maine, and is soon intrigued by unexplained events. She decides to stay, and as the series progresses, we learn that she has a deep connection and role in this town.

Audrey leaves the FBI and becomes an officer in the Haven Police Department. She becomes involved with a couple local men, one briefly, and one she falls in love with. Nathan and Duke, portrayed by Lucas Bryant and Eric Balfour are competitive and rivals outside of women, so their competing over Audrey doesn't help matters.

This series weaves a complex history and colorful characters into a very intriguing and entertaining show. I have watched this series from the beginning and love it. I do hope it keeps going. #SaveHaven